Bjoern Mueller-Maetzig, born 1976, married, two kids. Since 2015 founder, owner and publisher of board games and card games of the Müller-Matzig-Spiele Verlag. Ever since childhood passionate board gamer. Studied law in Konstanz, Germany, and Cardiff, Wales. Until 2014 attorney in media law, with far too little time for the passion for board games. First ideas for board games during time at university led to the ambition to self-publish own game ideas. After relocation to Hamburg formation of the publishing house and work on the games to be published. Member of the game authors network SpielwerkHamburg.de and member of the SAZ Spieleautorenzunft. 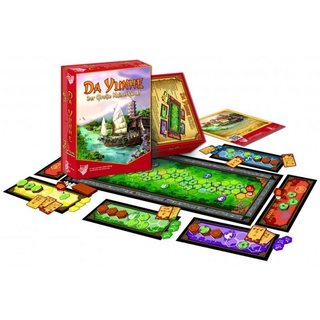 In the game Da Yunhe by order of the Chinese Emperor, the players thrive to obtain the highest reputation at the Court. To do so the players help to build the Grand Canal of China and to construct the Forbidden City. The player who avoids riots and insurrections and who can prove their skill in developing the canal system to the Grand Coordinator has the best chances to win.